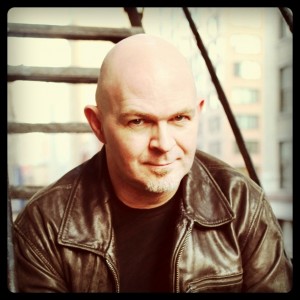 Long before becoming a lead creative at Campfire, I worked my way through college as a restaurant magician in London.

That’s a tough gig — moving table to table, struggling to get the attention of strangers as you go. But I learned that the best way to win over audiences is by inviting them to participate in stories, rather than simply performing tricks for applause.

It’s a valuable lesson I brought to the big ad agency world as a Creative Director for 12 years, before finding my groove at Campfire in 2009.

It was only there that I could finally practice what I preached: earning eyeballs — and more importantly, hearts and minds — with compelling ideas, rather than buying them with media dollars.

Since then my work has been featured by major media outlets, studied at top universities and won many industry awards. More significantly, it’s generated thriving fan followings for my client partners, propelling premium shows and products to success.

Check out my work below to see how Campfire built a hardcore fanbase for Game of Thrones, shot a man out of a cannon for Captain Morgan, created the world’s first responsive movie for Infiniti, and made the front page of both national newspapers AND Reddit (three times) with a subversive campaign for Cinemax.

Check out my work under the “portfolio” link.

The Advance Guard was a startup company focused on using social media and emerging technology to create radical marketing programs. It was led by myself and award-winning Podcaster CC Chapman.

Our services covered a broad range of specialist disciplines including:

As a member of the senior management team leading the 30-person New York Office, I assumed full responsibility for deliverables of Creative & Production teams.  Clients included Marriott, MTV, and The Wall Street Journal for which we created an award-winning campaign, “Every Journey Needs A Journal”.

At JWT I led creative strategy and implementation on new media assignments for all JWT clients, and acted as the digital ‘voice’ of the Agency for all integrated new business pitches.  A long list of clients included Ford, Unilever, Cadbury-Adams, De Beers, Merrill Lynch and Diageo. Highlights included creating the online campaign for the most successful launch in Schick’s history for Intuition.

At iXL, I was the Global Creative Director for  the consultancy’s largest client, GE Capital.  During my tenure, I built and led a team of eleven dedicated creative staff, and launched multiple large-scale web development projects. 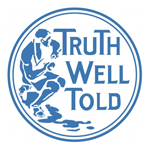 I was the first digital creative hire in the New York office of McCann-Erickson. As Creative Director, I serviced all existing clients’ digital needs, and grew the in-house digital team to 30 people (later renamed ThunderHouse).

I also participated in most new business initiatives, including the pitch team that won the Mastercard account with the “Priceless” campaign.

Download a one -page version of this career history in PDF format.