This multilayered transmedia campaign – with narrative components for both new audiences and hardcore fans – introduced an epic series to the pop culture landscape.

To set the stage for the premiere of HBO’s Game of Thrones – a new show based on George R.R. Martin’s epic fantasy series – we launched an immersive narrative campaign designed to evoke the mythical world of Westeros.

It utilized unique experiences that engaged the five senses – scent, sound, sight, touch and taste  – and rolled out over five weeks.  The campaign came alive influencer outreach, on the web and social networks, and on the streets of major cities.

At the same time, we created a fan engagement campaign – The Maester’s Path – in which online communities worked together to unlock exclusive video rewards.  Each video was connected to the five senses and was carefully selected to increase buzz and anticipation for the show

To start the program, journalists, bloggers and influencers received hand-crafted chests in the mail.

Inside were a range of custom-designed base scents, reflecting regions and key locations in Westeros – grasslands, damp crypts, spice markets, castle kitchens.

By combining the scents according to instructions on illuminated manuscripts, the smell of one of six key locations in the kingdom could be created, from the forbidding towers of Winterfell to the luscious gardens of the Royal Keep.

The resulting coverage and “unboxing videos” heralded the start of an intriguing campaign for a wide audience.

The second week saw the launch of “The Inn at the Crossroads,” an interactive sound environment recorded using an advanced binaural recording setup (see insets).

This created a simulated 3D effect when experienced with headphones, and provided a way for wider audiences to explore the intrigues that lie at the heart of the show.

Click here to experience The Inn at the Crossroads. 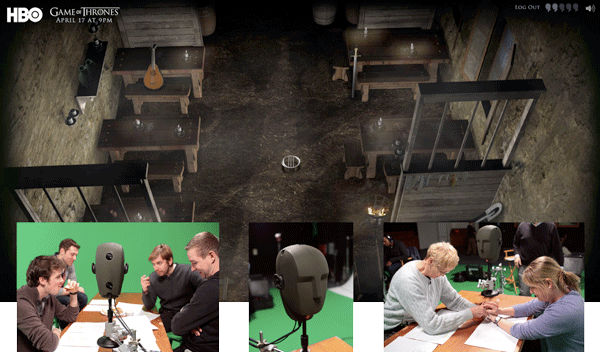 To provide a visually rich experience, we brought to life a key location from the show – a 700-ft  tall ice wall used to guard the North of the kingdom.  This harsh desolate outpost revealed a stunning panorama of the border lands by way of an interactive virtual environment.

Using only the Flash plugin, we engineered a console game-like experience, with an explorable section of the Wall complete with social interaction, free roam explorability and challenging gameplay. 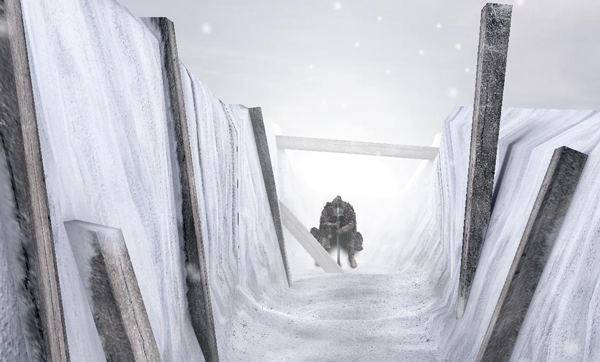 In week four, we launched “Ice & Fire” –  a free, touch-sensitive application for both iPhone and iPad, to illustrate the extremes of heat and cold in Game of Thrones.

Providing a glimpse into the different regions of the kingdom based on the forecast in the user’s personal geographic location, “Ice & Fire” took the mechanism of a simple weather app and transformed it into a climate-driven storytelling experience. 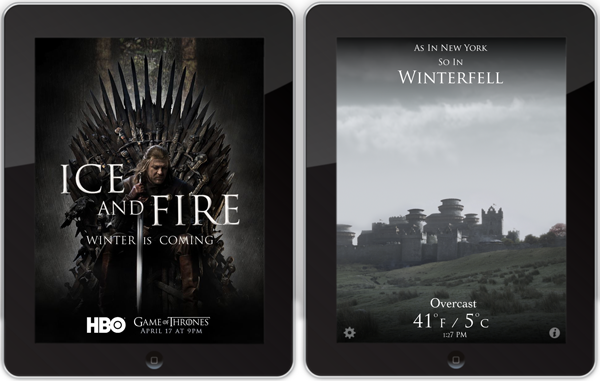 For the final part of the campaign, we partnered with Top Chef‘s Tom Colicchio to develop a series of regional dishes from the Seven Kingdoms, based on ingredients described in the original novels by author George R. R. Martin.  The food was distributed free to fans from roving food trucks on the streets of New York and Los Angeles.

Each day, a recipe video featuring Colicchio was released, and clues to the vans’ locations were posted on Facebook and Twitter, resulting in long lines waiting in anticipation – a convention-like experience that rewarded fans, delighted passers-by and generated widespread, mainstream press interest. 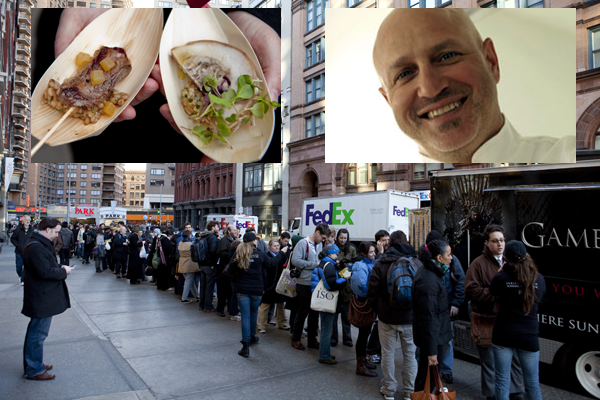 To excite and engage the strong fan base that already surrounded Game of Thrones, The Maester’s Path provided a series of complex challenges that both individuals and communities worked together to solve, based on clues hidden in the above five sensory programs.

Puzzles rolled out weekly in sync with each sensory experience, and rewards included special GetGlue stickers, exclusive unseen clips from the show, and links in a “Maester’s Chain.”

This unique social mechanism, which was built into the gameplay, required players to recruit “apprentices” to help explore and solve the puzzles. This provided an engine of evangelism that saw high levels of traffic and online buzz as each puzzle was released. 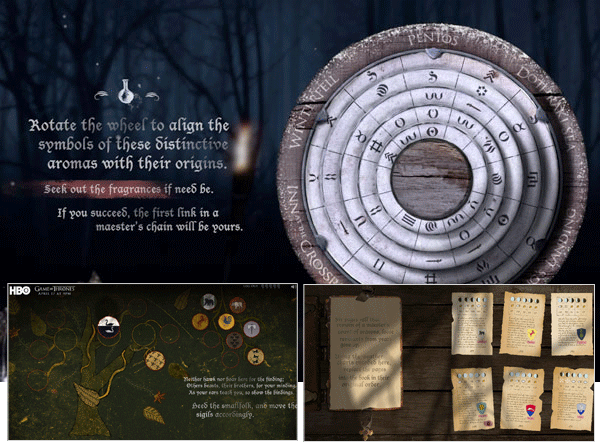 Tom Colicchio on Game of Thrones

A Taste of Pentos

By launching a campaign that reaffirmed HBO's commitment to quality and attention to detail, our work reassured fans and set the stage for a premiere that ultimately garnered over 8m viewers, propelling Game of Thrones to become a pop culture phenomenon.

What sets the experience apart was the lavish attention to detail taken in transforming words on a page into each of the five modular sensory experiences that comprised HBO’s interpretation of the story.–Wired

Usually, this kind of marketing doesn't affect me much, but I admit to getting an incredible sense of accomplishment and discovery by solving this puzzle.–The Escapist

I applaud HBO and Campfire for an impressive product which has built considerable hype in online circles.–Cultural Learnings

This isn't just swag... It's both canny and informative, and it reduced even this jaded critic to the gleeful curiosity of childhood fascination. –Televisionary

Everything about the box and its contents has wonderful detail, and as someone who’s a sucker for fantasy/period type movies, shows, and games, I will cherish this forever.–Geeks Of Doom

A meal fit for a debauched dwarf.–LA Times

The genius of the promotional campaign has been the way it has encouraged fans of the books and upcoming series to come together.–Ology.com

We have to give points to HBO for creative marketing.–Tor.com

The story continues.... see the followup campaign for Season Two of Game of Thrones - Pledge Your Allegiance.