Welcome to Adventure Country was a multi-channel marketing campaign designed  to introduce a new block of adventure-based reality programming on CMT.

Conceived as an overall branding umbrella for a multi-program reality block, Welcome to Adventure Country brought to life a fictional territory populated by everyday heroes – those brought up to think a little more “adventurously.”

Combining adrenaline action with human interest, both the programming and the campaign were designed to appeal equally to men, women and kids; a perfect appointment for family viewing.

Found objects in printed form (such as the above postcards, and these business cards) seeded the story in a visceral, fun way, to be discovered and shared on the streets and online.

Flyers advertising lost gators, adventurous yard sales, and action-packed job opportunities appeared on street corners, while the postcards and business cards were left lying in coffee shops and restaurants.   Eagle-eyed pedestrians could even see a Gator 911 truck going about its daily business. (Gator 911 was one of the shows in the programming block.) 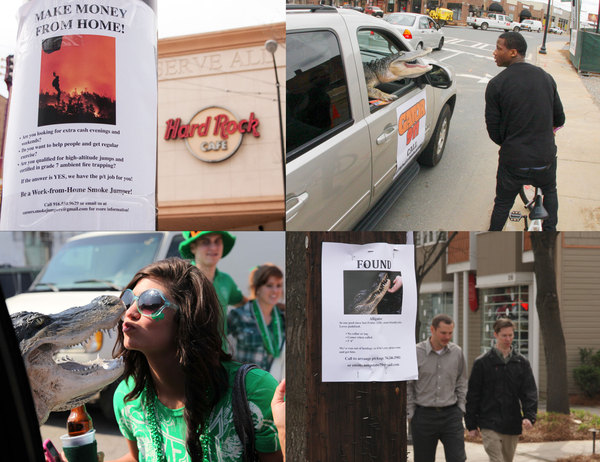 At these events, thousands of families waited in line to dress up in authentic adventure gear for an official photo, shared via Flickr and Facebook.  Combined with local blogger tweetups and FourSquare checkins, it provided a rich background of online archeology to be discovered and explored by a national audience as the campaign expanded nationally. 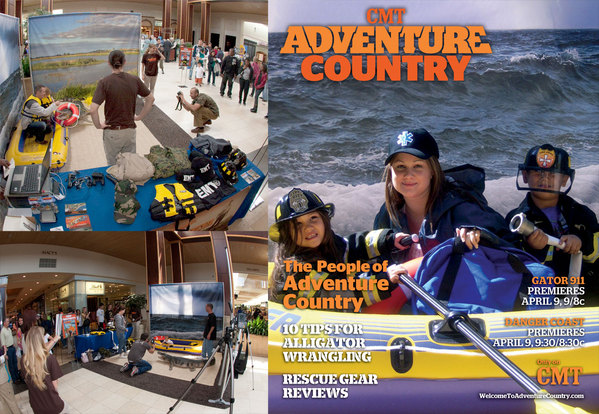 The morning after the events, high profile bloggers and YouTube celebrities received very unusual packages – custom action figures created in their likeness, a limited edition run of Adventure Country heroes, with accessories for both marine and gator rescues.

Included with each was a specially recorded personal video from the star of Gator 911, welcoming them to Adventure Country, and directing them to a unique online experience… 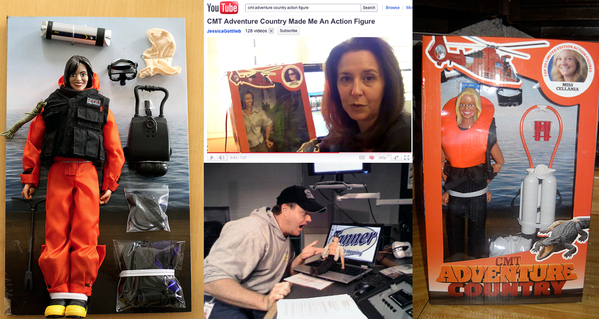 The website (now offline but archived here) featured an immersive and highly interactive map of Adventure Country, allowing visitors to explore all the objects created and distributed in local cities, and see all photos from the local experiences.

“There’s Something In The Water”

The experience also contained two exclusive “mockumentaries” featuring some of the other ordinary residents of Adventure country as they went about their business.

One was a groundbreaking Facebook Connect video (see the archived site to activate) that allowed visitors to put themselves at the center of Adventure Country.

The second, seen at right, humorously explored where the residents’  focus on adventure was due to something in the water.

As potential viewers became interested in the shows and wanted to follow along, all paths led to two Facebook Fan Pages, which propagated an aggressive schedule of custom content, video interviews, behind the scenes clips – even recipes for viewing parties, as thousands set the date on their Facebook calendar for tune in.

Although CMT Adventure Country is now offline,  a partially functional archived version can be explored here.