In the leadup to A&E's acclaimed movie adaptation of Stephen King’s Bag of Bones, Dark Score Stories provided an interactive prequel to one of the horror master's most beloved novels.

Set one year before the events of the movie, this interactive prequel combines small town photojournalism and NPR-style audio interviews, allowing the characters to discuss their lives, their town and the dark secrets it keeps.

Each chapter began with a “haunted photograph.”

These subtle – and deliberately unsettling – animated GIFs provided striking content which was widely shared by our audience.  They also generated considerable media coverage.

Accompanying each photo essay was an authentic-sounding audio “interview” featuring the film’s stars, speaking in character.  The combination of photography and audio created a convincing illusion that Dark Score Lake – and its inhabitants – were real.

Most chilling of all, when viewed in sequence, these interviews became increasingly dark, as the curse of Dark Score Lake is explored through the eyes of those who experience it.

To provide layers of engagement for different audiences, a series of puzzles were embedded within the essays.

By scanning the letters running down the left hand side of each chapter introduction (a puzzle system that also forms part of the movie plot), clues could be found that led to exclusive video sequences and GetGlue stickers.

Additionally, for fans of the Stephen King Universe, over 150 “artifacts” that related to King’s other works were hidden within the photographs, providing fan communities with a visual scavenger hunt on which to collaborate. 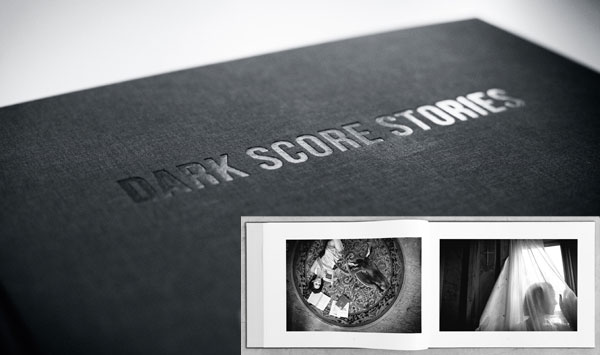 Widescale press coverage and fan community engagement combined to create strong word-of-mouth and social network conversation in advance of the premiere, leading to the highest viewing cable audience of a miniseries event since 2008.

We've seen a lot of different kinds of viral marketing in support of upcoming projects as of late, but this one? This one kicks a copious amount of ass..–Dread Central

A&E has produced an elegantly creepy promotional website called Dark Score Stories, which includes some of the most deceptively scary imagery that I've ever seen.–TV Geek Army

The online experience strikes the right chord. The stillness of the content and noticeable lack of required clicks allows the creepy undertones to bubble up. –Fast Company

Some of King’s work doesn’t make the trip from page to screen in the best of conditions but it doesn’t look like this one suffered any during the journey. –Optionated

Rather than press the boundaries of storytelling itself, Dark Score Stories excels at showcasing King’s mythos in a compact format that can nonetheless lead to hours of nostalgia for fans.–Wired Decode

But what makes it the best interactive website I've seen so far is the little hidden easter eggs everywhere!–Ology